Below is a post from September 2016. It is 11 years since our car accident, and this September also proves heavy. This entire month I have been dealing with the decline of my dear father. He has been hospitalized and now in a TCU (transitional care unit). It is why I have not been writing as much here, and why I thought I’d reshare this post. The lesson on love, death, change continues to deepen and unfold. 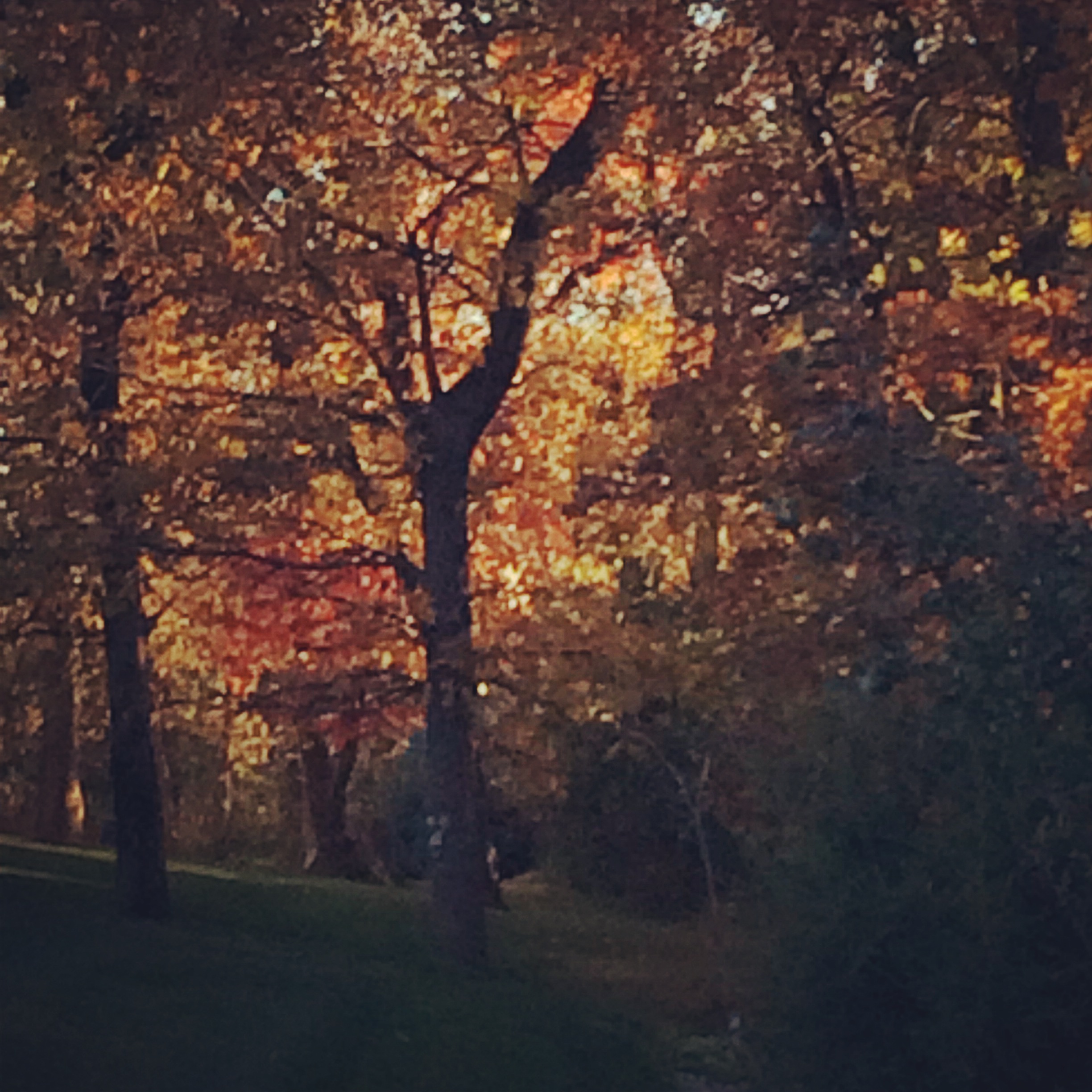 Once, many years ago, while going through a particularly difficult time I got this idea in my head I would die on September 16 (0f that particular year). I was reminded of this today, September 16, on my walk. Suddenly, I smelled something foul. I looked to my right and there was a dead racoon in the grass. Several steps later, once I arrived in the woods near my house, a dead squirrel on the path. The bodies were still fresh. Was this a sign?

I thought: death is all around us. I remembered all the death that has surrounded my family and myself since December. On December 11, just as my kids and I were about to watch A Christmas Story, my dad called. He was not himself. He said, Mary Lou died. Mary Lou was my step-mother. Then, in January my husband’s last grandmother passed away. It snowed in April when Price died alone in his elevator. June took Uncle Mel and then, his wife, my beloved Aunt on September 6.

September 6 is now shared with September 24, my father’s birthday, when my best friend from Kindergarten died in a car accident when she was only 27 years old. Along with September 11 and September 29. On September 29th, 2011 I was driving my white Toyota Matrix on a Los Angeles freeway. My mother and 11-year old daughter were in the backseat, my 19-year old daughter in the front seat with me. We were listening to Enya and playing the alphabet game. Suddenly, a large truck with glaring headlights was in my rear view mirror. Before I could finish my sentence about what I saw, that large truck hit my car. The car flew and flipped through the air several times until it finally landed on its side. I remember wondering, am I going to die? 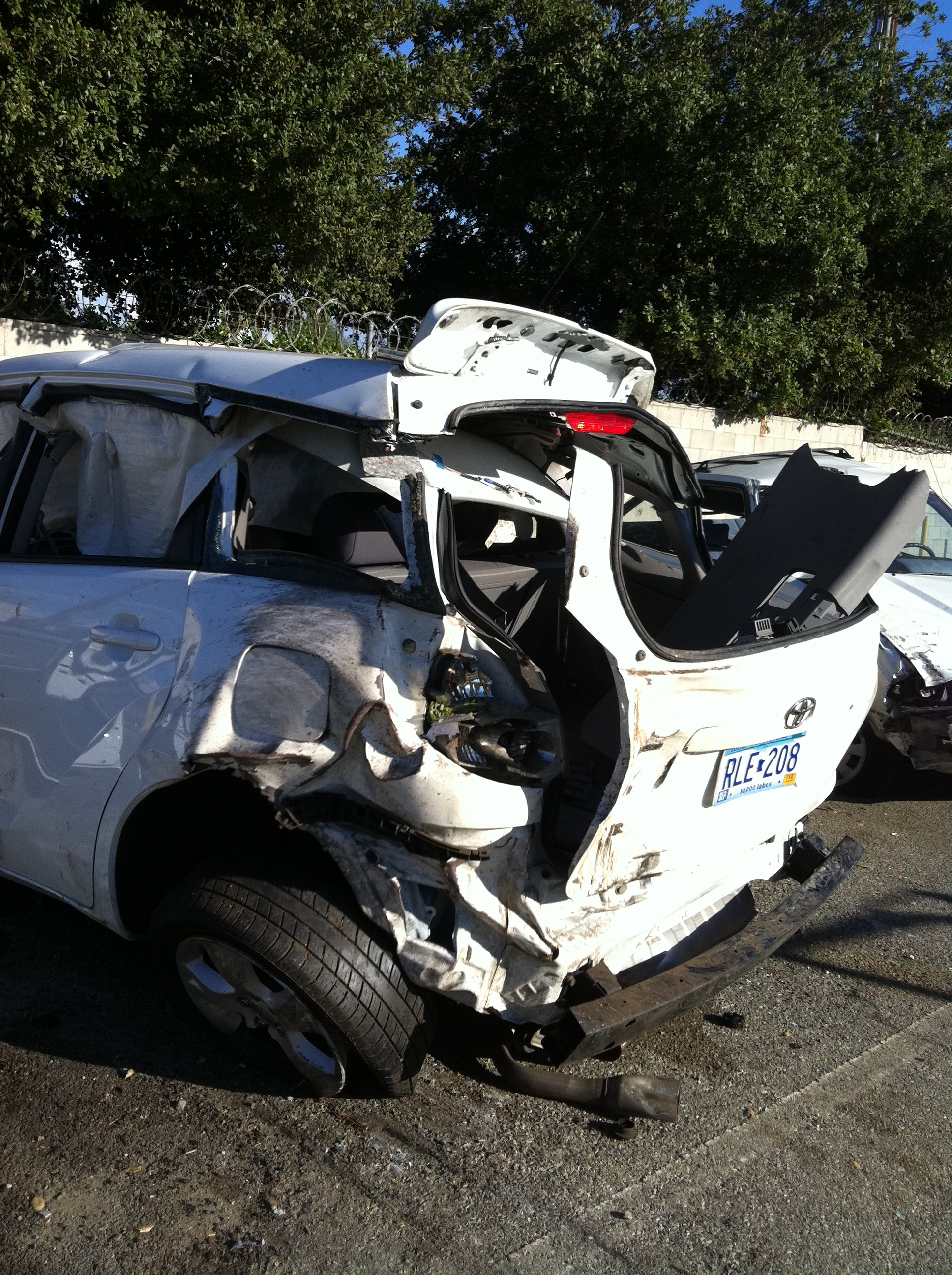 I have told and written this story many times, and this year, five years later, I notice the story no longer holds the emotions and trauma it once had.  Now, what seems to be unfolding are the lessons and awakenings from that day that changed everything. Death is all around us.

But, what does this mean exactly? And, is it death or just change? Here’s what is becoming clear for me— life. I think I have been so afraid of death and that impending shoe drop (in my case a tow truck that comes out of nowhere) that life has been cumbersome. I noticed this heaviness after I returned from my aunt’s funeral. Prior to her funeral, I sat with her for four days while she went through the process of death, of change. I had never been this close to the death of another human being or for so long. 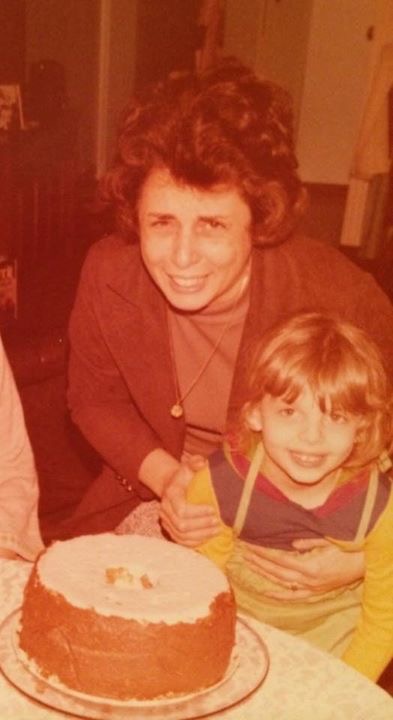 Me and Aunt Flo

Before I entered her home, I was afraid of what I might see. But, all my fear went away when she opened her eyes and smiled at me (and my dad and daughter). All I felt was love. I knew I loved her, but those four days I felt my love for her. I was able to tell her she mattered. This experience is invaluable to me now.  But there is a physical, mental and emotional price, at least for me, when going through something like this. That price felt heavy. It felt exhausted. It felt sad.

After the car accident, I carried heavy, exhausted and sad for nearly 5 years.

I feel lighter now. Life is becoming more clear, but not because I have figured anything out. But because I’m not taking it all so seriously and maybe because the desire to live life finally outweighs the fear of living life. I am moving, once again, toward curiosity, beauty, wonder and listening. Listening, as I did on my walk today, that I needed to get grounded. This looked like me stopping in the middle of the forest doing tree pose and volcano breath. This means committing to creating a life that will match my desire to stay in harmony with my higher self and nature, and not the day-to-day grind of this current culture.

I also intend to move more toward what my aunt taught me—love. And, believe me, I am a newbie to love. It’s always been inside of me, but it’s the emotion or state of being that I resist the most. At the least, it makes me feel awkward. At the most, it frightens me as if I might be swallowed by it. But, while my aunt was in  hospice I had a new experience with love. As I stroked her hair, held her hand and kissed her forehead as I said goodbye and I love you, love comforted me.

Love is a comfort, not a burden I need to protect myself from. So yes, death, the unexpected, change surrounds us—not to stop us or scare us or burden us, although it can, but to notice it, wonder about it, learn from it and let it guide us to more clarity of life, comfort of love and truth of being.

My body knew, for weeks, something was coming. Dreams were foreboding. The Power Path reported- September: Crisis.

I assume what is happening is the crisis. I really don’t want to go into it now. But at some point I will. However, I do want to share some lessons I am learning, not necessarily new ones, but occurring in a deeper and more impactful way.

What I share here are moments. There are truths and illusions.

This is my way of capturing the moments and the process of my life.

Thank you for visiting.

© Copyright by Nikki DiVirgilio, all rights reserved 2005-2019 All writings here are copyrighted by Nikki Di Virgilio. You may not use them without written permission but you may link to the posts or give out a link to the posts.
Loading Comments...